Latest Shab e Meraj status for Whatsapp, Facebook, Twitter, Linkedin, and for all other social media plate forms. You can share Ismaic Quotes, status with your Family and Friends. All types of Quotes, Wishes, Prayers for Shab e Meraj are here come and are free to download from this platform. We provide the best Islamic status to people and aware of this great Islamic day and let you make sure about the importance of this day. It is of 27th Rajab and On that day there is a miracle of Holy Prophet PBUH. 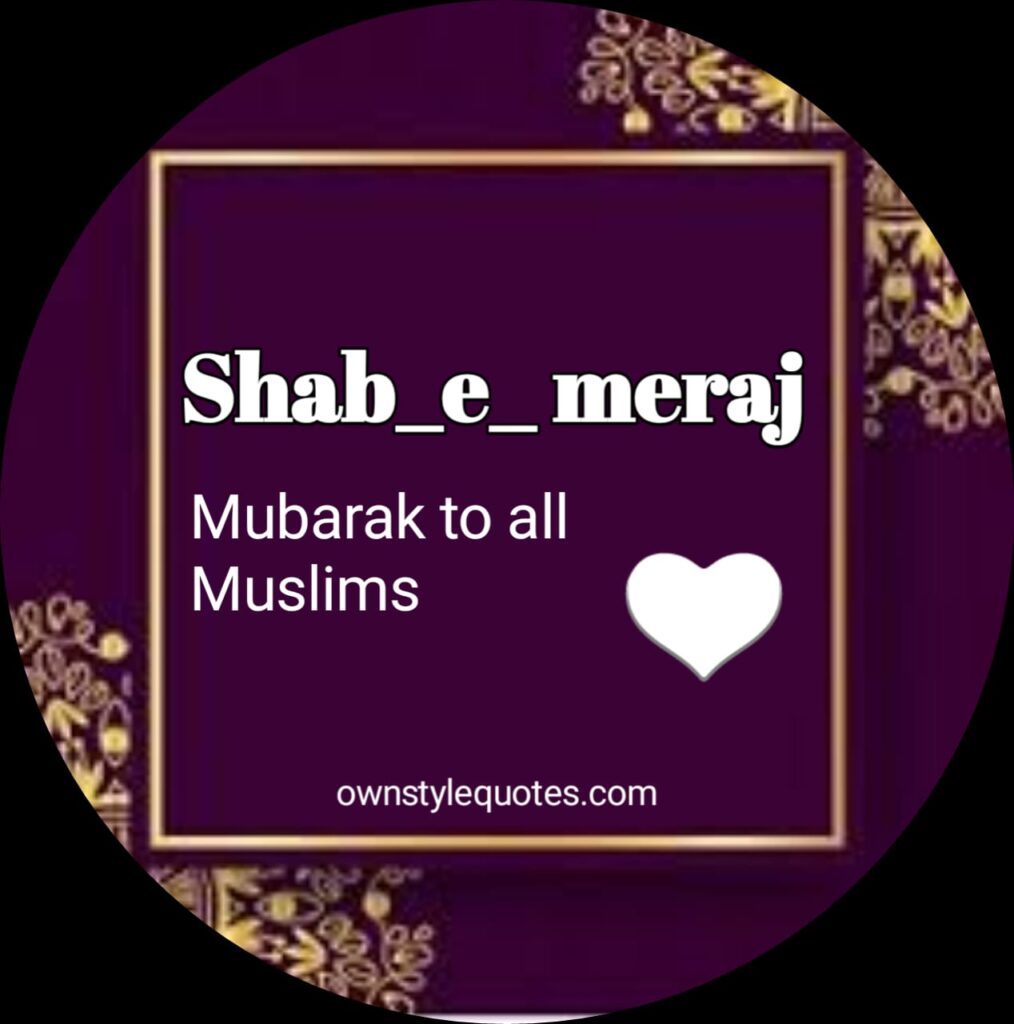 As Muslim children, we are told about the significance of Makkah and Madina, we feel a sense of closeness to these two Holy Places. 27th of Rajab is a date worth remembering! This date marks a journey that has no homolog in human history and impersonates the power of Allah that is beyond the horizons of human apprehension. 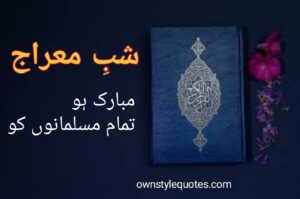 WHAT IS SHAB E MERAJ

Shab – e – Miraj, also known as Al-Isra Wal-Miraj and the Night of Miraj. These terms are used to portray one of the most marvelous experiences that Allah had bestowed upon Prophet Muhammad (ﷺ). This unbelievable journey took place during a time when the Prophet (ﷺ) was facing intense hardship and pain. His emotions were tested with the passing of two of the most beloved people in his life.

It all started when Angel Jibra’eel (as) woke the Prophet (ﷺ) up and led him to a white beast named Buraq and commenced his journey to Masjid Al – Aqsa. During Al-Isra Wal-Miraj, Jibra’eel (as) stopped the Buraq and told our beloved Prophet (ﷺ) to pray at several places to assert the importance of staying the places in which Allah (SWT) bestowed His bounties upon His pious people. From praying near the tree where Allah spoke to Musa, by praying on Mount Sinai, where Allah gave the revelation of the Torah, the dour of Musa (as) and at Bethlehem, where Isa (as) was born. When finally reaching in Masjid al-Aqsa, the Prophet (ﷺ) was alerted that the soul of every Prophet sent by Allah from the time of Adam to the time of Isa was brought to pray behind him, so that they would come to know the superiority, Prophet Muhammad (ﷺ).

The second part of the night of Meraj

During the second part of the Night of Miraj, Prophet Muhammad’s rose to the heavens with Jibra’eel (as). During the flying, he met eight prophets in the seven heavens. Each prophet met Prophet Muhammad (ﷺ) with, “Welcome, O’ pious Prophet and pious brother!” [Bukhari]

When he finally reached the highest level in the heavens, he was carried into the divine presence of Allah, alone at Sidratul Muntaha (a fringe beyond which none may pass) – it was here that Allah gave this ummah the gift of compulsatory Salah.

Nawafil in Islamic term is the special prayers in the form of namaz. They are not obligatory but not recommended for the Muslims 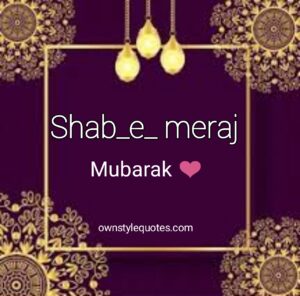 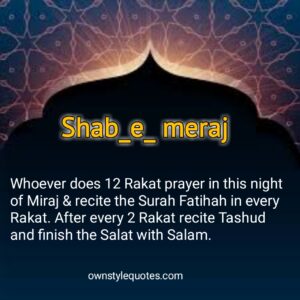 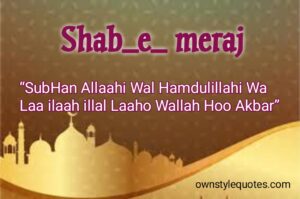 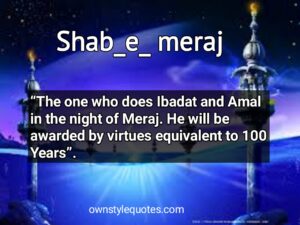 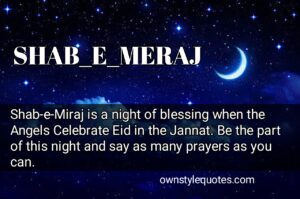 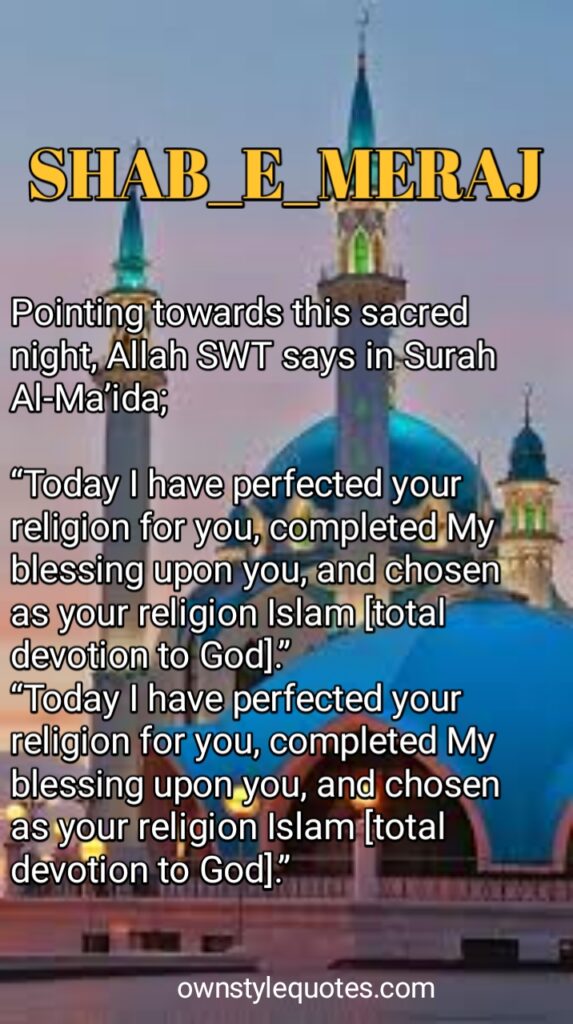 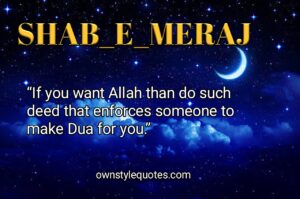 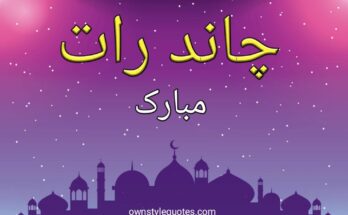 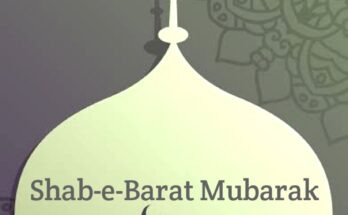 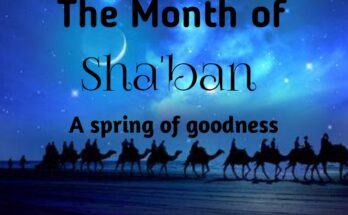 Fasting in Shaban- Important days and Events of Shaban