Muslims believe that there is one Allah, and Prophet Muhammad is the Final Prophet. Top motivational Islamic quotes. Islam is the religion of the human the individual who practices Islam is considered a Muslim. The illumination of this planet draws us and seeks to bait us in its glory. And to Allah belongs whatever is in the breeze and whatever is on the earth. He forgives whom He wills and punishes whom He wills. And Allah is forgiving and merciful. So when the Quran is recited, then listen to it and pay attention that you may receive mercy. Allah does not wrong the people at all, but it is the people who are wronging themselves. Allah still loves and shows mercy to those who disobey Him, so imagine how much He loves those who obey Him. 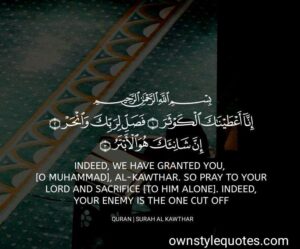 Indeed, we have granted you,

[O Muhammad], Al-kawthar, so pray to your Lord and sacrifice[to Him alone].

Indeed, your enemy is the one cut off.

If you want to focus more on Allah in your prayers, focus more on Him outside your prayers. The most beloved actions to Allah are those performed consistently, even if they are few. Once prayer becomes a habit, success becomes a lifestyle. Indeed, I am near. Allah is more near to us. he hears everything and sees things all the time. 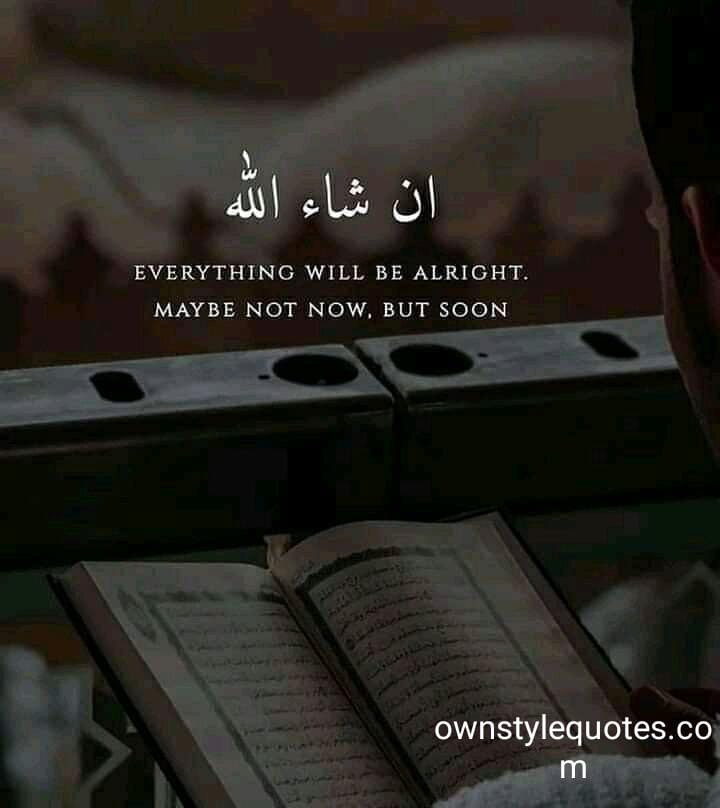 “Everything will be alright

Maybe not now, but soon”

“The more you read The Quran the more you’ll fall in love with The Author. Allah comes in between a person and his heart. When was the last time you read the Quran? If you want to change, start with the book of Allah.”

“Back to Allah and you will find His Mercy heal every aching part of your heart and soul. Allah will guide you, He will bring clarity to your eyes, make soft your heart, and make firm your soul. 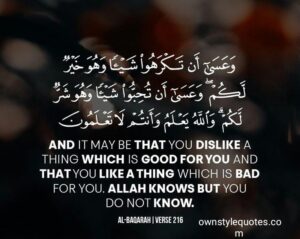 Allah is always with us at all times he can’t leave us alone. He makes us strengthful, he gives us two paths of goodness. Allah does not burden a soul beyond that it can bear. So lose not heart, nor fall into despair, for you will be superior if you are true in faith, and Allah has sent down rain from the sky and given life thereby to the earth after its lifelessness. Indeed in that is a sign for people who listen. 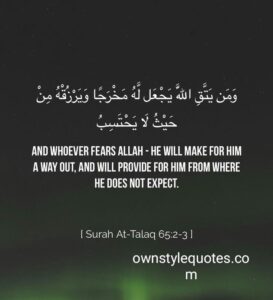 And whoever fears Allah- He will make for him,

a way out, and will provide for him from where,

he does not expect.

Your fate has been written with the ink of His love and sealed with His mercy so fear not, place your trust in Him and have hope in His decree, The bravest heart is the one that stays close to Allah, even, when it’s in pain. 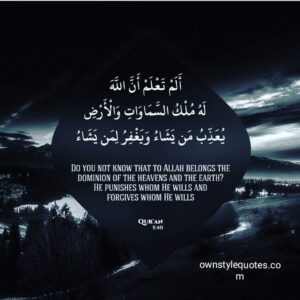 “Do you not know that to Allah

belongs the dominion of the heavens and the earth?

He punishes whom he will and

forgives whom he wills”

Suffering is a gift. In it is hidden mercy. O, Allah! I seek refuge with You from worry and grief, from incapacity and laziness, from cowardice and miserliness, from being heavily in debt and from being overpowered by (other) men

When the world pushes you to your knees, you’re in the perfect position to pray. This is the way to near to Allah. 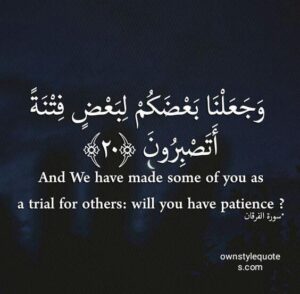 And we have made some of you as

a trial for others: Will you have patience?

You must go through a period of emptiness to fill yourself with Allah’s Love. Certainly, He is Al-Muqit, The Nourisher of hearts. For indeed, with hardship [will be] ease. 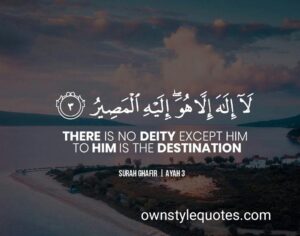 There is no deity except him

To him is the destination

And those who have believed and done righteous deeds – We will surely assign to them Paradise chambers beneath which rivers flow, wherein they abide eternally. Allah can change the most hopeless situation into the best moment in your life. In Him, hope is never dead. In Him, love is never lost.

Quotes on Guidance in Islam for Muslims

And if there comes to you from Satan an evil suggestion, then seek refuge in Allah. Indeed, He is the Hearing, the Knowing. Sell this life for the next and you win both of them. Sell the next life for this and you lose both of them. 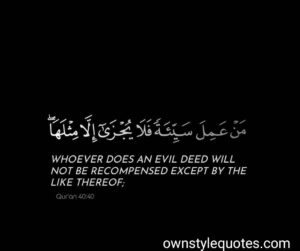 Whoever does an evil deed will

for a little more happiness 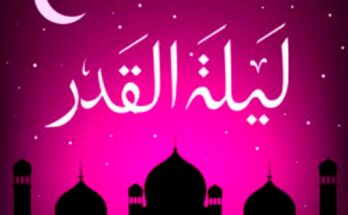 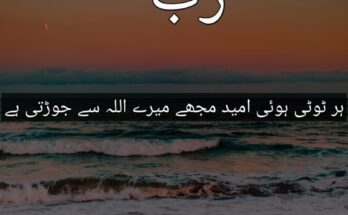 Best Islamic Quotes in urdu with images and text